There is a divide in Telluride between our endearingly funky, ostensibly inclusive (though statistically homogeneous) community and what is often distinguished as the Latino Community.  This is not news and it is not unique, but we at the Independent have realized that we have to begin to address it in order to do our job effectively.  When we have tried to assign stories that might touch our latino neighbors in Telluride and in other mountain towns, we’ve tended to founder: the journalists in our region do not tend to speak Spanish and they do not tend to be connected to many Spanish speakers.  So, we’re launching an experiment to bridge the divide by starting a small-scale Spanish-language newspaper that will draw on community reporters.

In the short term, this is likely to take the form of a single, double-sided sheet of paper filled with stories that are more personal narrative and opinion than hard news.  We’re going to print it on our office inkjet and distribute it as often as we can to a few central locations.  But our goal is to build a roster of consistent contributors who are interested in telling the stories that are critical to the latino community for the latino community.  As the publication develops though, we plan to have content cross between the Mountain Independent and it’s Spanish counterpart.  If this model proves successful, we will work to expand, testing Spanish papers in other mountain towns.

For now though, our most important function is to provide a framework that allows new journalists to emerge and helps them grow.  We’re partnering with the Tri-County Health Network’s Community Outreach director, Kody Gerkin, to organize story jam events to help craft and record the narratives of those have never written before. A local hiker hopes to write the first trail guides in Spanish, encouraging his neighbors to get out in the woods to experience the beauty that he’s come to love since moving here from Guatemala.  We’ll see what else comes in and work to craft it into the strongest pieces possible.  We’ve solicited names from community members – Sin Fonteras and ENTÉRATE – and will leave the decision up to a vote.

If you have any insight or advice, or if you want to help, don’t hesitate to reach out to alec@mountainindependent.org.

And if you want to support the effort, click on the donate button and let us know. 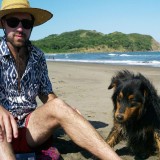